How to set up your blog with Haskell, Slick and Netlify 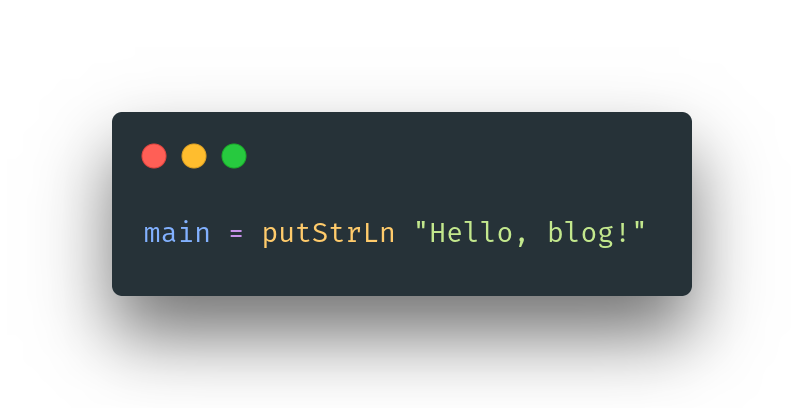 I wanted to setup a blog powered by Haskell and HTML/CSS and host it on Netlify. Creating a static site is easy enough using Slick, but this has no direct support for Netlify. In this first post I will show you how to fix that.

I wanted my blog to be easy to setup, minimal and extensible. In the past I've tried (and failed) setting up a blog because I never managed to finish the initial setup due to a complicated setup. After some googling around, I came across the Slick static site generator. Slick is written in Haskell and uses Pandoc + the Shake build system to compile all files into a static site. Slick assumes some Haskell knowledge but with the documentation you can have a first version of your blog up and running in a few minutes if you use the default project template.

After I got the blog up and running, it was time to give the website it's own look and feel. I started with a standalone HTML and CSS file and played around with the styling. Once I was happy with how the site looked, I replaced the templates and CSS that Slick provides by default with my own. The code for this blog can be found on Github. The "site/" directory contains all templates / CSS / markdown used to generate this blog.

Generating the blog is as simple as running the following command:

This will put the generated files in the output folder you configured in "app/Main.hs".

Now that I had the blog up and running, I still needed to deploy it somewhere. For this, I chose Netlify since it is often used for hosting static sites. Unfortunately though, Netlify has no direct support for Slick! To solve this, I wrote a small bash script that builds the blog and commits all necessary files from the blog into a separate orphan branch named "deploy":

On the Netlify side, I configured it to trigger a deploy of the blog if a push was made to the "deploy" branch.

Last step was buying the domain name and linking it to my netlify app. I would suggest to buy the domain name via Netlify as well, for the easiest setup. For more information, see the official Netlify docs.

Phew, that was the first blogpost! If you followed along, you should now have your own blog setup! All that's left is to write some blogposts. 😄

So what can you expect on this blog in the future? Most content will be related to functional programming, compilers and logic, with maybe occassionally some other (non-)tech things. You can get updates on this blog if you follow me on Twitter or if you subscribe to my RSS feed.